TAKE ME TO THE RECIPE! 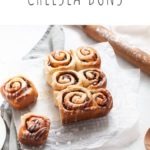 Swirls of soft dough and cinnamon spiced fruit, topped with a sweet glaze – or two – make these Chelsea buns a delicious treat. 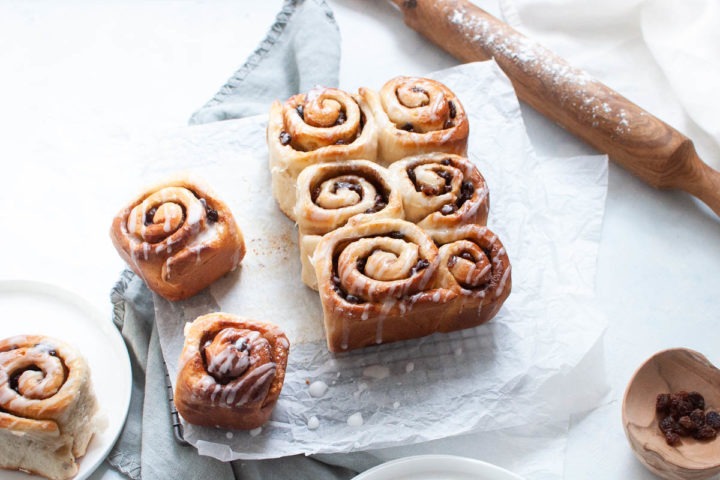 There is something about baking as a source of comfort when all is in disarray.
Whether it is the repetitive and monotonous tasks of measuring, weighing and following instructions carefully that baking recipes require more than other recipes; or if it is a nod back to happy memories of a kid helping mum or gran in the kitchen; I’m not sure.

Chelsea buns, created in the 18th Century in a bun house in Chelsea, are traditionally made with currants. Not only are currants expensive; soft and juicy sultanas are far more popular in our house. Seeing as Easter is just around the corner, I have given them a hot cross bun edge and added mixed spice to the dough as well as cinnamon to the swirl filling. You could, if making them for Easter itself, drizzle the icing in a cross shape over the buns too!

I always used to shy away from yeasted bakes, thinking them too complicated. This was wrong however – especially if you own a bread maker! Besides, kneading is a great way of getting rid of pent up tension, and once that bit is done, it’s up to the dough to work its rising magic.

This is one of the longest recipes on the blog, but totally worth it – please don’t be put off by all the steps!

These are known as ‘Sticky Buns’ in our house, as we have been reading Paddington Bear and in the book he has a fondness for sticky buns. You can make them as sticky as you like: either just brush the glaze over, or use the glaze and the icing if you want a sweeter stickier, treat. I have cut down the sugar in the dough and the filling that you may find in other recipes, so even with the icing they are not overly sweet. 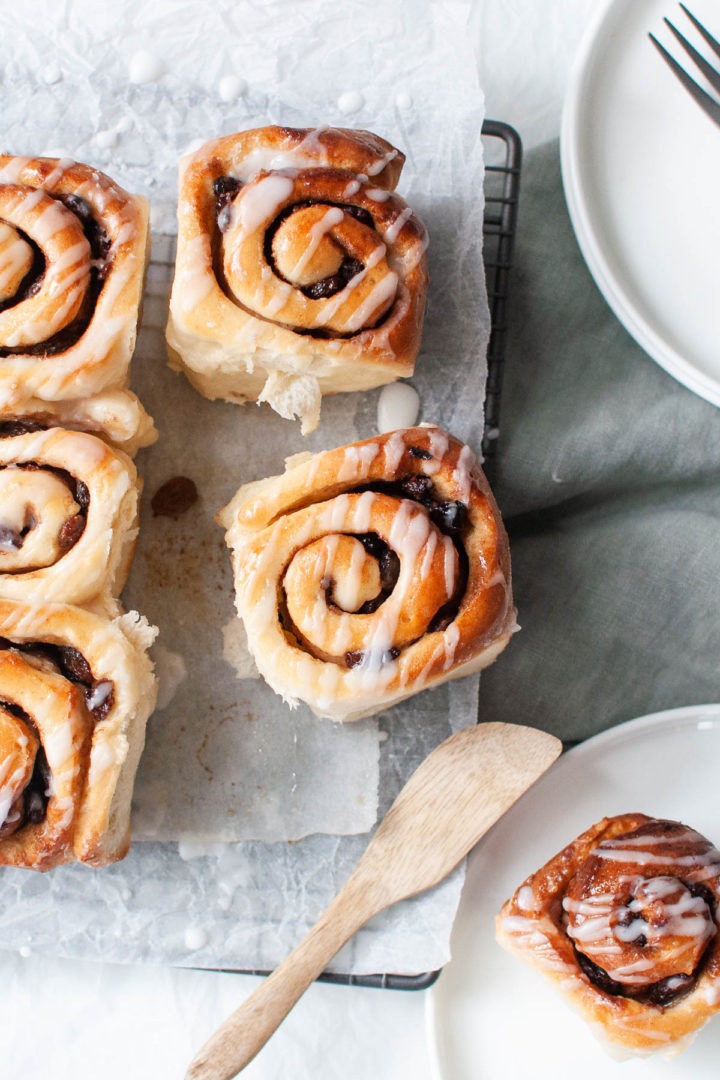 Can I make these buns ahead?

These Chelsea buns are best eaten the day they are made, slightly warm from the oven. We have eaten them the next morning for breakfast and they are perfectly fine, just not quite as soft. They are the perfect accompaniment to a strong coffee, hot cup of tea, (or as Mini Jones would tell you, a cup of milk).

Can you freeze these buns?

Yes, you can. Wrap either as a batch or individually in a double layer of clingfilm. Defrost before heating through in a hot oven.

Make them your Chelsea buns:

Fruit: You can use currants or raisins, or a mixture of both, in place of the sultanas if you wish.
Easter baking: Make a thicker icing (with around 2 teaspoon water) and drizzle to make a cross on the top of each bun.

If you are looking for more baking ideas, have a look at these: