×
TAKE ME TO THE RECIPE! 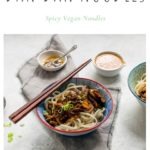 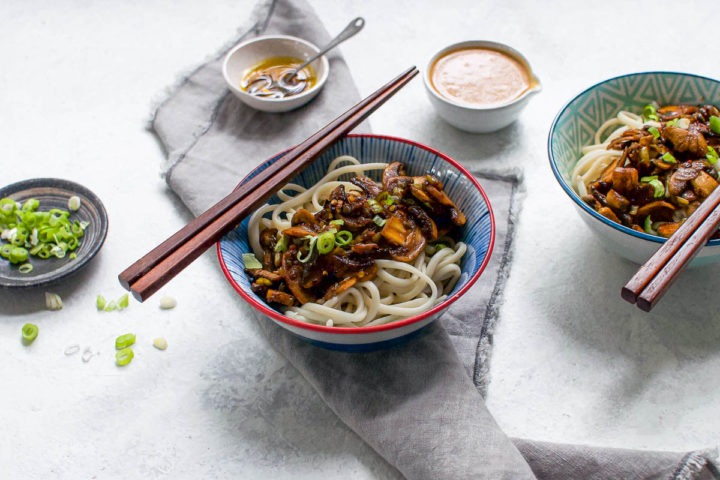 Thick udon noodles lie over a salty spicy peanut sauce, topped with mushrooms flavoured with garlic, sesame and Chinese 5 spice, and a drizzle of chilli oil. It is served in these layers and each person mixes it together before they eat.

You won’t miss the meat in these vegan noodle dish. In fact it is one of Mr Jones’s favourite meatfree meals. After initially not looking at all impressed when I said it was ‘vegan noodles’ for dinner, he cleaned his bowl and declared, ‘that was delish!’

I have adapted the recipe to make it a dish you can make with ingredients from your local supermarket. So the Chinese 5 spice replaces Sichuan peppercorns, and capers are instead of Chinese pickles. A simple spicy chilli oil made with dried chilli flakes and olive oil provides heat.

Family Friendly recipe: Drizzling the chilli oil over the noodles just before serving means you can leave the heat off for those who don’t like it. I leave it off toddler Jones’s and add it to the adults. The recipe makes enough for 2 adults and a toddler, but you can easily double it. 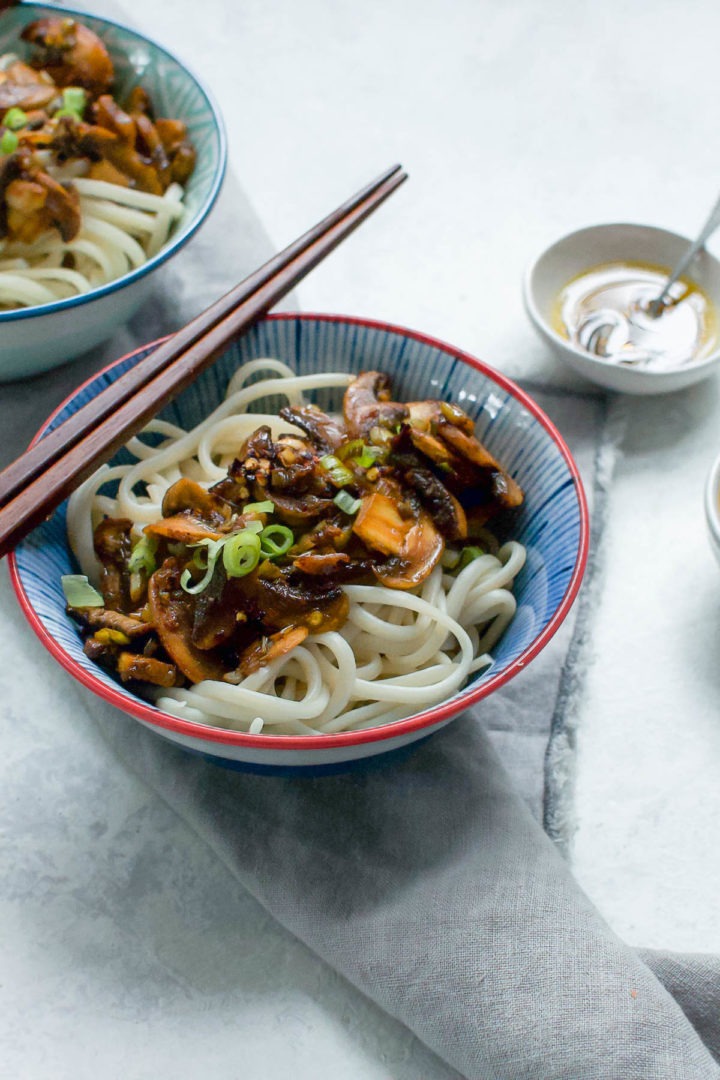 Make them your dan dan noodles:

Use other noodles: whilst fresh wheat noodles are best (those that are kept in the fridge), I often use dried udon just because I often have them in the cupboard. The noodles I recommend not using are the quick cook noodles, as that could take the dish into the direction of one big stodgy mess.

No peanut butter: If you have peanut allergies in the house then you can use tahini, it will have a different taste so if you can eat peanuts I suggest you use peanut butter.

Chilli oil: Use a bought chilli oil instead of making your own.

I love cold noodles and vegetables so like these dan dan noodles cold, but you can reheat the noodles, mushrooms and peanut sauce in a saucepan over a medium – low heat with a little water until warmed through. Drizzle with chilli oil just before serving. 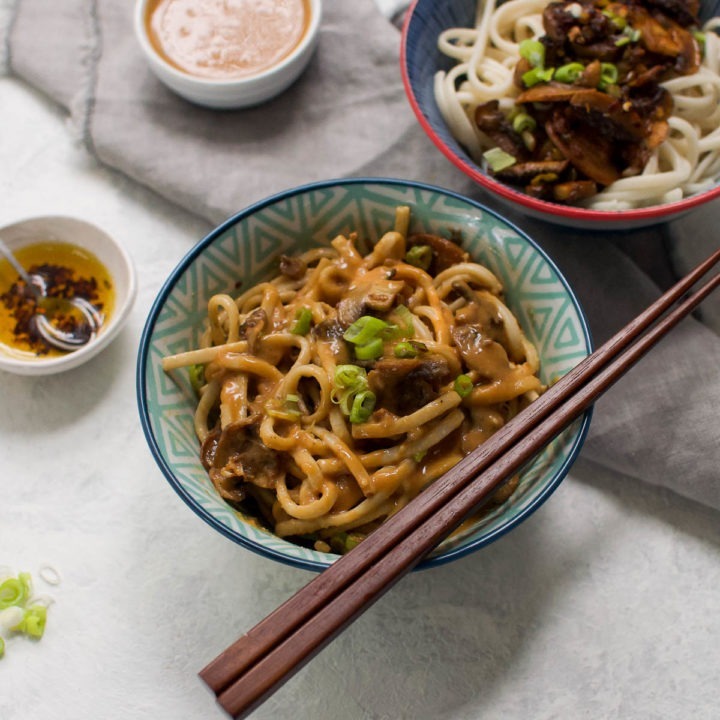 To make the chilli oil:

Chilli Oil: If the chilli flakes start to sizzle in the oil, they will burn and you will have to start the oil again. Peanut Sauce Notes: When you first mix the peanut butter with the soy sauce it will look grainy and thick, don’t worry it will thin, just keep whisking. Adding the cooking water gives the sauce a glossy sheen