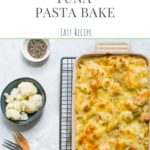 This creamy tuna pasta bake is the ultimate comfort food, perfect for the cooling Autumn nights. It is a firm family favourite too – and can be made ahead or frozen for those busy weekday nights.

I always have pasta in the cupboard, and stock pile tuna like its going out of fashion when it’s on offer, meaning I can resort to a tuna pasta bake at short notice. Not only is this a recipe I love to cook, but the plates are always clean at the end of the meal. Even if Mini Jones is having a fussy day, he is unable to resist a pasta bake.

Talking of which, Mini Jones is currently struggling with his daytime naps. As in there have been a number of days recently where, despite my best efforts, he doesn’t nap.

Police road blocks testing for drugs or alcohol are quite common in Sydney, but last week when we saw one on the road up ahead, we tried our best to avoid it.

Mini Jones had – to our relief – finally fallen asleep in the car, just 10 minutes from home. If he’s slept in the car, even for 5 minutes, he will not sleep again that day. So, we decided to go on a detour so he would get a longer sleep. He was sleeping lightly, so as we approached the road block, we feared that stopping would wake him. Slowly down long before the road block, Mr Jones desperately looked for a driveway to turn around in. There were none. We edged closer, hoping we would get waved past, but no, we were ushered in to the lane for testing.

We stopped and wound down the window. We must have looked very dodgy in our flustered state, nervously peering around, me closing my eyes in a ‘don’t wake the baby’ plea, not a ‘don’t get caught’ plea.

I got the feeling the officer was quite surprised when the alcohol limit came back with zero.

It worked out in the end as it didn’t wake Mini Jones up, and we managed to keep him asleep for another 40 minutes!

But back to the pasta bake… 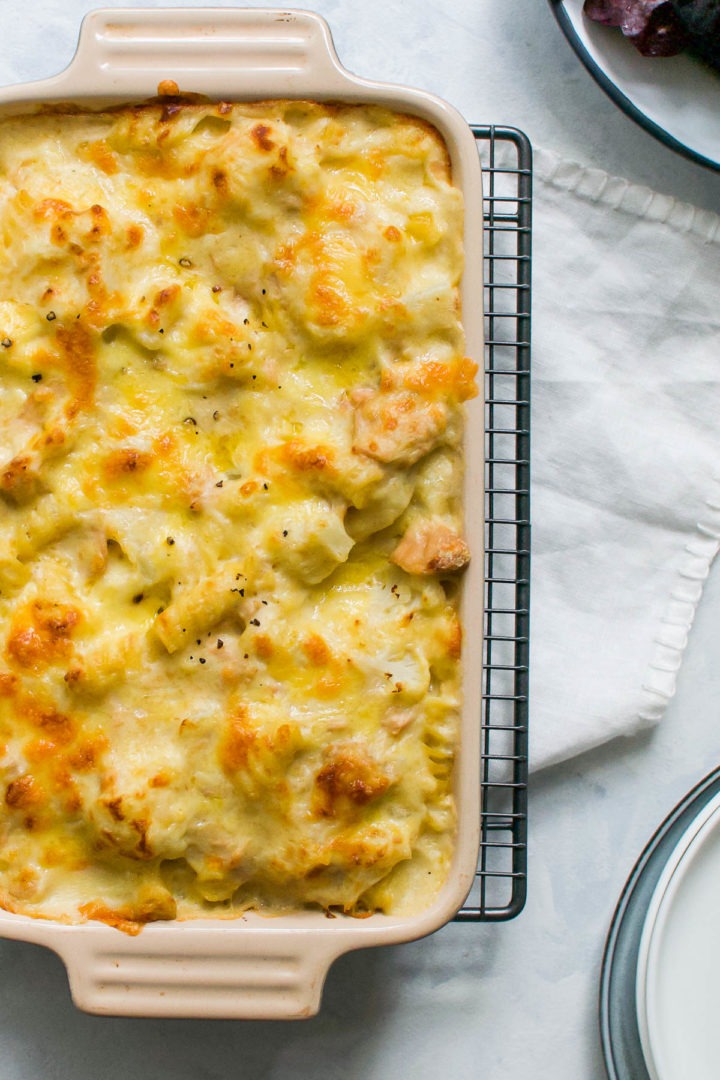 You can assemble the dish and then keep in the fridge overnight, ready to place in the oven the following day.

Allow to cool, cover with plastic wrap and freeze for up to three months. Thaw in fridge overnight before reheating

Using half cauliflower stock and half milk, and making the sauce with wholemeal flour makes the sauce slightly less rich without skimping on the creaminess. The wholemeal flour is higher in nutrients and fibre than plain – the sauce will look slightly lumpy at first but once it’s cooked with the pasta all traces of the bran will have disappeared.

If you want to see more lightened up versions of dishes, why not have a look at: