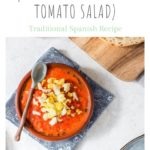 Asadillo Manchego is an easy and refreshing Spanish salad made with roasted red peppers and tomatoes. Enjoy as a side, or serve with some crusty bread for an easy, healthy and delicious lunch. 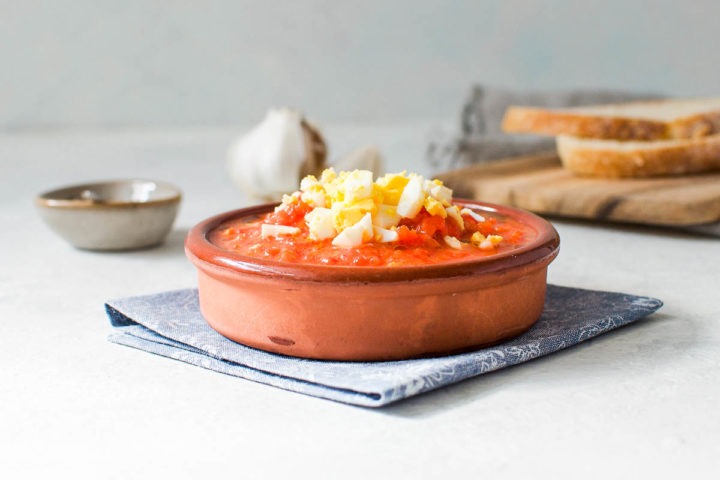 Asadillo Manchego is a classic Spanish dish from the region of La Mancha, in central Spain. Roasted red peppers (capsicums) are blended until chunky with tomatoes, garlic, ground cumin and olive oil. It is served chilled and often traditionally topped with a boiled egg.

We ordered this dish during our first visit to Spain, seeing the word ‘Manchego’ and assuming that meant it would be a cheese dish. However this dish does not contain cheese. But once we’d tasted this salad, we were glad we had made the mistake. The last of the tomato and pepper juices in the dish were mopped up with slices of fresh bread, and we knew to look out for – and order – asadillo manchego whenever we saw it. 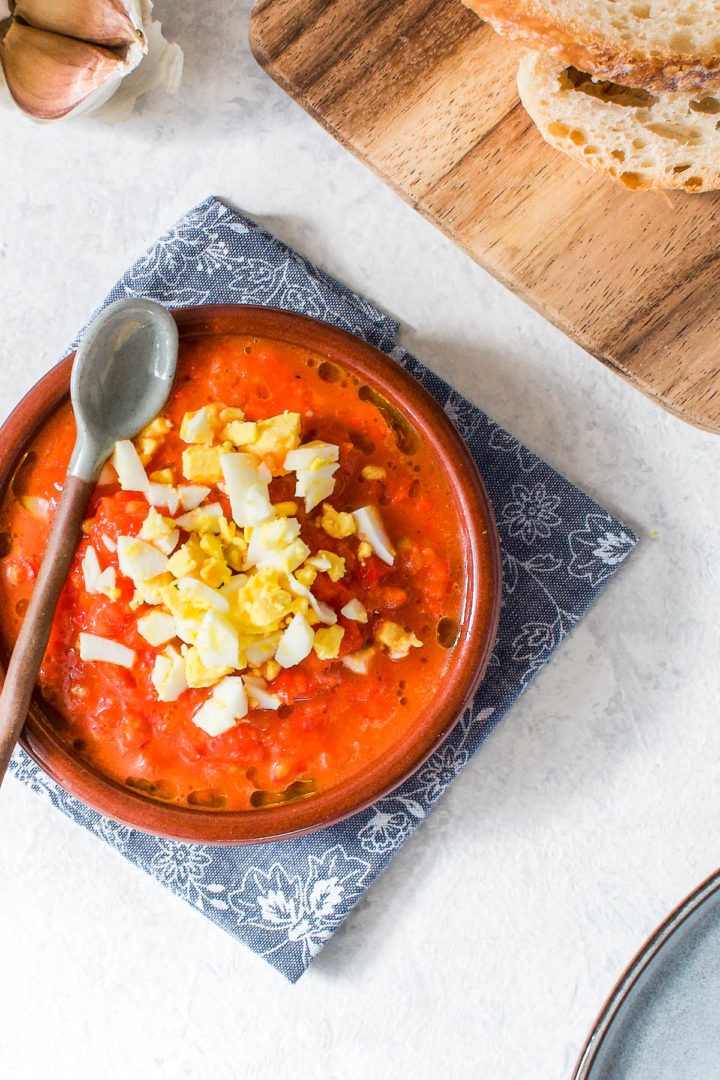 Tip for roasting the pepper:

The skin thickness and flesh vary in peppers, so the roasting time will vary slightly. You are wanting the pepper/capsicum to be dark and charred, and them to be soft to the point of collapse.

Can I use jar roasted peppers?

Whilst I believe that roasting your own peppers/capsicums gives this dish a better flavour and texture, you can use jarred roast peppers if you prefer. That would make it a very quick dish, ready in 5 minutes!

Can I use green peppers/capsicum in this dish?

No, I wouldn’t recommend using green peppers/capsicum. They aren’t as sweet as red peppers, and once blended with the tomatoes, the salad would be brown rather than a lovely vibrant red.

How long does this salad keep?

Keep the roast pepper salad in an airtight container for up to 2-3 days. Top with the boiled egg just before serving.

I don’t like boiled egg, what else can I top this Asadillo Manchego with?

You can leave as is, or top with some tinned tuna, roughly chopped ham, or for a vegetarian/vegan addition, some tinned chickpeas

To make this dish vegan: leave out the egg. Serve the salad on it’s own, or topped with tinned chickpeas. 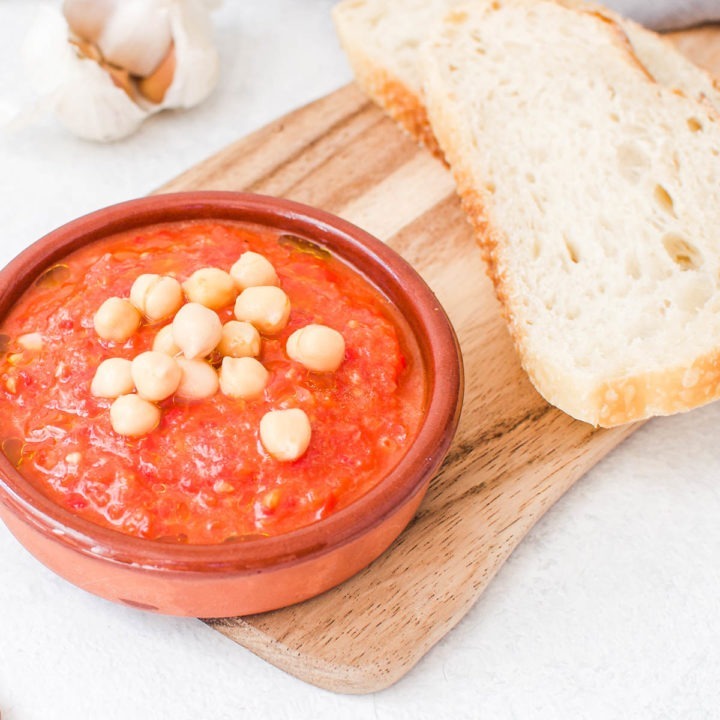 Vegan: top the asadillo manchego with 1-2 tablespoon cooked chickpeas instead of the egg. Cumin: Use a pinch of cumin seeds rather than ground cumin. I love the chewy texture of cumin seeds, but the rest of my family aren't keen so I use ground cumin if serving it to them. Serving more than 2 people: This recipe can easily be doubled, tripled or quadrupled.